Shaw Farm is currently a working family farm in the Peak District however its roots can be traced back for over 10,000 years. We provide a folder in each Static Caravan with full details of this story from the Neolithic to the modern day.

In 1976 a group of amateur archaeologists investigating a mound of stones at the top of the farm discovered a bronze age burial cairn. They found a number of cremation burials plus pottery, flint tools and a number of even older Early Mesolithic flints. From 2008 onwards new excavations have been carried out and more exciting finds have been made.

In 2008 archaeologists led by Peter Noble from the Manchester Archaeological Unit along with volunteers from the local Mellor Archaeological Trust carried out excavations at Shaw Farm to further investigate the burial cairn and surrounding area.

They made a number of finds the most important being a burial cist which contained a very rare amber necklace. Radiocarbon dating plus the other artifacts from the cairn indicate it was built in the Early Bronze Age about 4000 years ago.

A large number of earlier flints show the site was in use long before then, up to 10,000 years ago. This is understandable as the site is in a commanding position over looking the Cheshire plains and is the highest point in the borough of Stockport. For more details please see Mellor Archaeology Trust 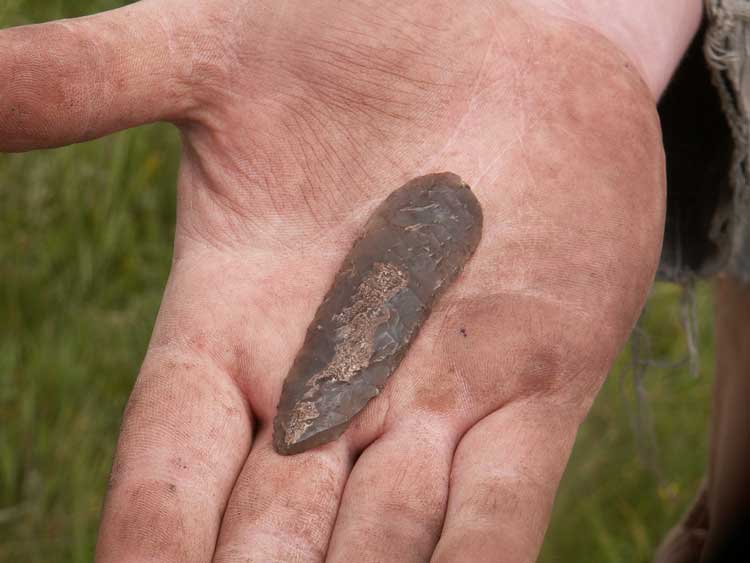 The Amber necklace is a nationally important find as it is the largest amount of amber from this period found in the north of England. It uniquely demonstrates the links between the southern and northern communities as it is in the style of a northern British spacer plate necklace which are normally only made from materials such as Whitby Jet. Amber necklaces have only previously been found in Wessex and Orkney and are associated with elite social status. It is thought the amber came from as far away as the Baltic region of Europe.

The necklace appears to be a grave good probably worn by a very high status female when she was buried. Its rarity and importance means the cairn could even have been built originally for her, with the other cremation burials added at a later date.

See the finds From Shaw Cairn 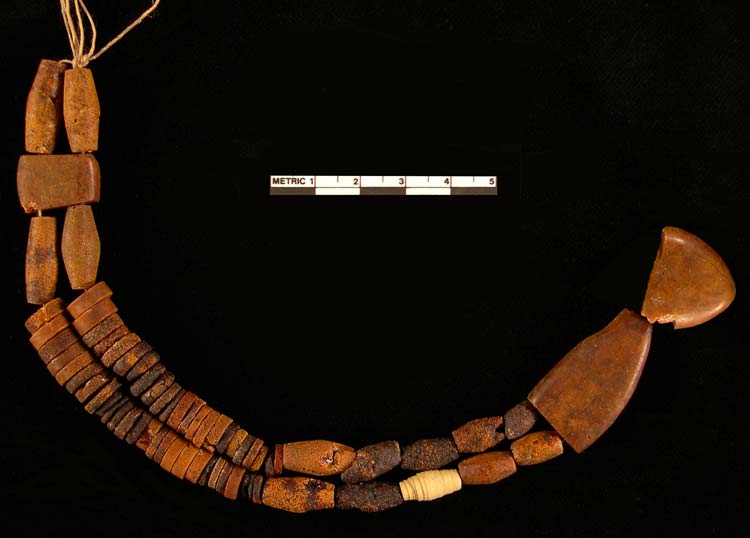